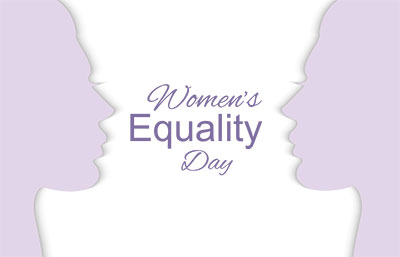 "Women of the Civil War"

The annual Equality Day, sponsored by the Lake County Women’s Coalition, was celebrated on Thursday, Aug. 24, at 7:00 p.m. at the Warren Newport Public Library community room in Gurnee. The program included a dramatic book reviewer Jenny Riddle, who captivated the 100+ audience as she presents three women in Cokie Roberts’ book Capital Dames: The Women of the Civil War.

While portraying Abigail Adams, Elizabeth Blair Lee, and Dorothea Dix, Jenny also brought other famous women into the conversation, explaining not only how they reacted to and influenced the war but also how they moved women further toward enlightenment and equality.