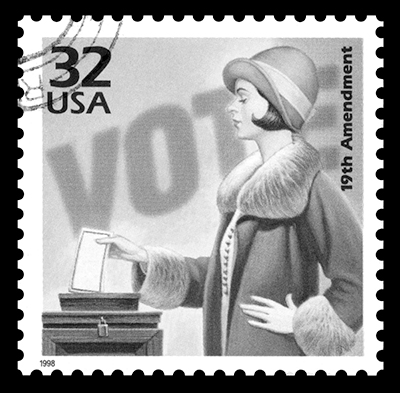 Early women’s rights activists believed advocacy to be the most effective means to change an unjust system. In 1920, the 19th Amendment gave women the right to vote that in turn afforded women advancement in property rights, employment and educational opportunities, divorce and child custody laws and increased social freedoms. The early 1900s saw a successful push for the vote through a coalition of suffragists, temperance groups, reform-minded politicians, and women's social welfare organizations.

Take a look at these statistics from an online women’s advocacy group:

What YOU Can Do Now

Women working together can create a powerful community of voters that can change this country for the better. There are a number of organizations that can help you register to vote online. For more information on how to register to vote or to submit an absentee ballot, contact the Lake County Clerk's office.

The most important role in any democracy is that of citizen. REGISTER to vote. EDUCATE yourself on the people and issues. And, most importantly, EXERCISE YOUR RIGHT by voting in all elections.