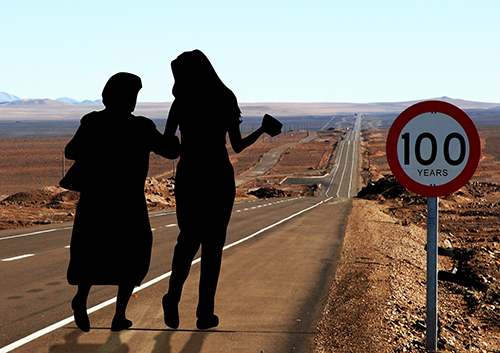 There was a raffle to support Lake County Women's Coalition Scholarship Fund at CLC.

Honoring Valiant Women of the Vote in Lake County

This year’s honorees have enhanced the status and prominence of women in a positive and meaningful way in Lake County. These valiant women have challenged us to embrace women’s suffrage and women’s rights, to be significant members of society, to promote the common good, and they are the unsung heroes that live amongst us. 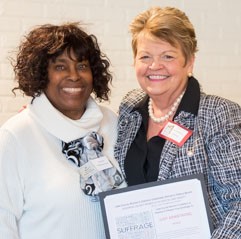 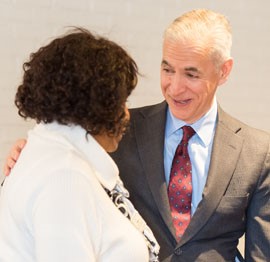 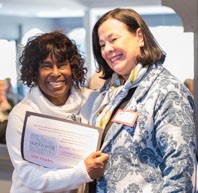 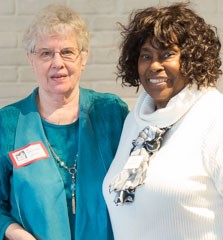 The first Korean American woman elected in the state of Illinois, Holly Kim attributes her independent streak to her great-grandmother who was unique - a woman fighter in the Korean rebellion with Kim Koo.

Continuing a legacy of advancing the people, Holly worked her way through college earning a degree from Northeastern Illinois University in Spanish and Latin American Studies while volunteering for citizenship workshops through Congressman Gutierrez. As a community organizer, she protested for fair wages, led candlelight vigils, and hosted a peace walk to address the tension between community and police.

In 2013, Holly was elected trustee of Mundelein, IL. Her values reflected the hard work ethic and pro-business stance stemmed from a father who was president of the Jaycees and chamber of commerce. She ran for Mayor of her town and although that election escaped her by 5 votes- a reminder that every vote matters!- she believes in perseverance and next year won her election asLake County Treasurer.

THANK YOU to our SPONSORS!

Special thanks to Office Center of Gurnee for printing the programs